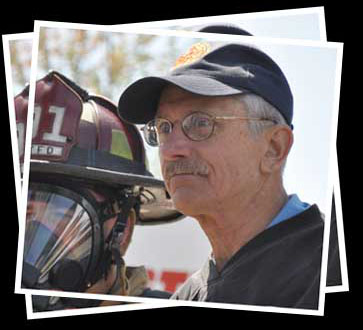 Dr. Davis received his Ph.D. from the University of Maryland, College of Human Performance. A former firefighter/paramedic, he is a renowned expert witness on the subject of physical fitness and employment standards in the public safety sector. His ground-breaking research was the basis for the creation of the Firefighter Combat Challenge. 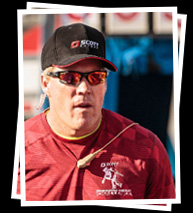 Todd Shelton has spent the last three decades in breathtaking Pagosa Springs, CO. The last six with his best friend and wife, Melissa. Together they enjoy finding the adventure in each new day. He loves the outdoors,hunting, Jeeping, fly fishing, and farming. He has a passion for designing and building new things and has a desire to explore renewable energy. 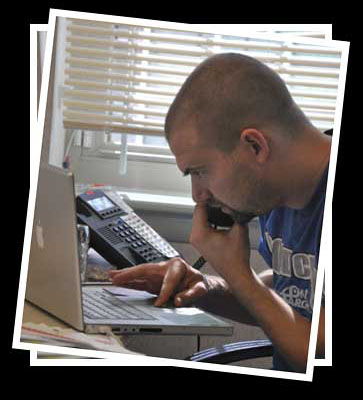 Daniel has been a part of the Road Crew since 1996. Daniel handles all Challenge registration and records. He is affectionately known as the “brains of the operation”. If you have a question about the Challenge, Daniel can most likely answer it. He can be found in the Challenge Operation Center during competitions.

Belinda became a firefighter with Triune Halleck VFD in 2004 and started with the FFCC in 2005. She is a Pro-Board FF 2, and holds 5 Pro-Board Technician Certificates in Hazmat, Extrication, Ropes, Confined Space, & Swiftwater. She is also a WVSSAC & USATF Track & Field Official. She is an Office Manager in the 9-5 world, plays with creating jewelry, and is proud to be called grandma. 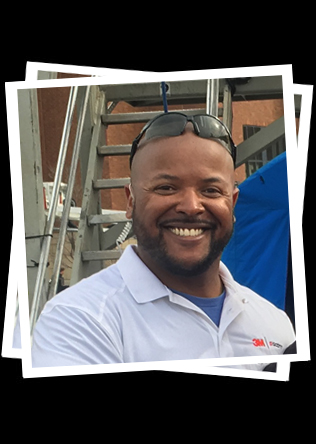 After receiving his bachelor’s degree in broadcasting communications, Huan assumed that he would enjoy a career on the technical side of his field, life, however, had an interesting spin. In 2008, public speaking intricately snuck its way in to Huan’s life and took hold. After struggling initially with gaining work in the voice over field, Huan obtained a position with The New York Dragons, an arena football team, as an on- field mc before joining the Challenge. The theatrical stage was no stranger to Huan as he also played a lead role in Shakespeare’s Othello in 2014. Through his domestic travels, Huan has spent time in several parts of the U.S., experiencing the hustle and bustle of NYC, all the way to the slow paced, thought provoking deep south of Texas and back. This ‘see-a-new sky’ approach has only seasoned the message further. Life has adversities, it’s how you handle that adversity which exposes your character! 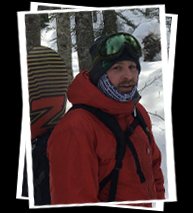 Rob has been a member of the Challenge since 2015 as a creative handling the branding and creation of marketing collateral.

Roger retired in 2011 from Fort Martin Power Station where he worked as the station Fire Chief and Maintenance Supervisor. He was a member of the Fire and Rescue Brigade for 32 Years, the last 15 years as the Chief. Roger is currently is the Fire Chief of the Triune Halleck Volunteer Fire Department, Deputy Chief of the Monongalia County Hazardous Materials Response Team and the Assistant Chief of the Monongalia County Wild land Response Team.  Roger has volunteered as a Fire Fighter since 1977. Roger currently works part-time as a contractor with the Marion County Rescue Squad as an EMTB, and lives with his wife Belinda reside near Morgantown West Virginia.

Duane originally from California but has chosen beautiful Pagosa Springs Co. to call home over the last 20 years. His interest include dirtbikes, hunting, boating, snowboarding and in general spending time in the outdoors. Traveling to many different locations for competitions is nothing new to him. During the last decade most of his free time has been spent traveling to different tracks with his wife and 2 sons as they compete in various Arenacross, Supercross, and Motorcross races across the U.S. When the kids were younger he would also coach many of the little league teams. Now that his kids are in high school he is looking forward to working with the younger kids again during the Kids’ Challenge. 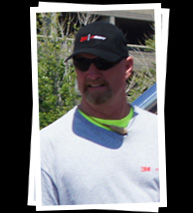 Jim has worked on and off the Challenge since early 2010s. He was a Gunnery Sgt in the Marine Corps. Has travelled all over the world during his service. 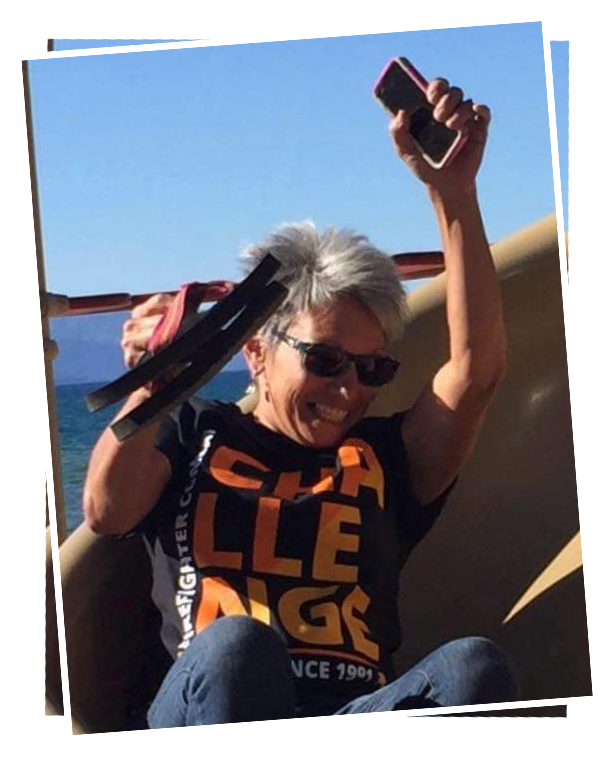 Melissa has been running with the Road Crew since 2015 , assisting on the Course when needed. She began a new challenge in 2021—orchestrating the Combat Challenge travel schedule.   With a history of volunteer coordination and public service; Melissa’s passion is communities.  She is an alumni of Fort Lewis College in Durango, CO and lives in Knoxville, TN .  Here, she can be found dancing on her small farm, playing in the kitchen, or out paddling through the TN beauty. 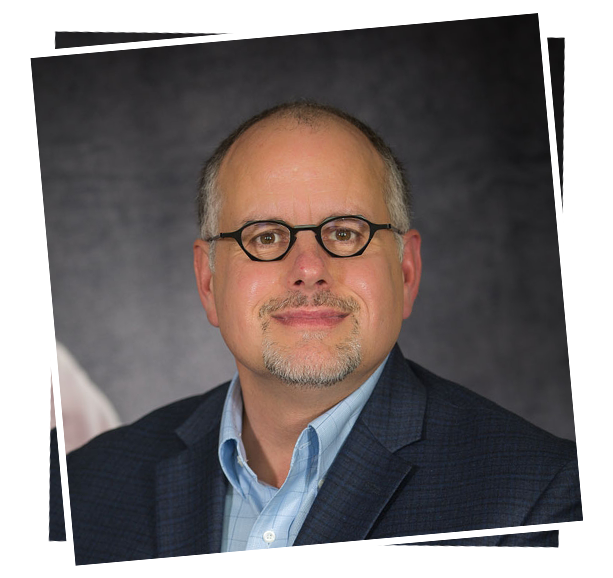 Russell A. Jackson, born in Birmingham, Alabama, is a proven nonprofit leader and innovator with a sound history of developing and implementing new nonprofit programs and community
initiatives. His life journey began as a firefighter for the City of Hoover in Alabama. In 1992, a tragic medical call and death of a two-year old boy would redirect Russell’s career path. Shortly after, he founded Kid One Transport, a nonprofit medical transportation program that became a national model and to-date has served more than 50,000 children and expectant mothers via a partnership with Mercedes-Benz U.S. International.

Russell has been directly responsible for the formation of dozens of startup nonprofit organizations, programs and initiatives across the nation. Because of his due diligence in developing the concepts, 81% of these organizations and programs continue today, and are raising millions of dollars annually to continue their important missions.

Russell is an accomplished professional in the areas of Nonprofit Startup, Leadership, Operations, Board Governance, Strategic Planning, Grant Writing, Major Gifts, Annual Campaigns, Special Events, Donor Relations, Public Relations and Cause-Related Marketing. He has a strong acumen in financial, policy, operations and regulatory oversight. His strong leadership skills to build, strengthen and champion a team to exceed its goals has earned him several nonprofit leadership awards from state, local and national groups. Russell’s ability to effectively educate, inspire and engage the public even caught the attention of the International Association of Business Communicators who presented him with their highest award: Communicator of the Year.

He has received more than 200 community and national awards, with the more notable ones being named CNN HERO, Tiger Woods Foundation Hero, Johnson and Johnson Healthcare Hero, Costco’s National Making a Difference recipient and the Mercedes-Benz Drive for Excellence award. However, his most cherished award was being named one of AOL’s Amazing Dads of 2008 because family means more to Russell than anything else.

Russell has been the keynote speaker and trainer at more than 250 conferences and/or events, and has served on numerous national committees and nonprofit boards. His ongoing commitment to nonprofit excellence and proven record have made him one of the most sought-after nonprofit specialists in the nation.

Russell has been married to his incredible wife and best friend for 22 years, Mary, and has two amazing children – Harrison Parker and Mackenzie Grace, along with four absolutely rotten pets: Gidget, Byron, Bernie and Tessie. 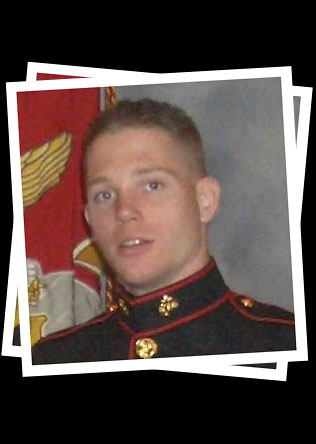 Brent Davis is a current member of the Montgomery County Fire Department, and a course official for the Challenge.